Brands are all about fake news on April Fools’ Day

I’m throwing this out here at the beginning—there is no April Fools’ Day joke. But in honor of April 1 being one week ago, we do have a list of some of the companies that participated in the holiday!

Before we dive into this year’s pranks, let’s begin with some background info on April Fools’ Day.

Overall, April Fools’ Day—also called All Fools’ Day by those who feel like being a little different—is a mystery. Historians speculate it’s been around since the 1500s. History refers to a possible origin story of when France switched calendars and people didn’t know. Those who were out of the loop continued to celebrate the new year as April 1 instead of the newly recognized January 1. It’s confusing, but the moral of the story is that they were laughed at and called “April fish.”

And April Fools’ Day was born.

While there are other guesses on how April Fools’ Day came to be, ranging from changing weather to various festivals, this day has been used by companies as a fun, usually harmless way to market themselves ever since. Love it or hate it, this tradition has stood the test of time.

The holiday dates back centuries, but companies have started using April Fools’ Day for advertising more recently. In 1957, the BBC told everyone that Swiss farmers were experiencing a record spaghetti crop before running advertisements with photos of people harvesting noodles from trees.

The use of humor as a marketing strategy is foundational to April Fools’ Day. How much a brand leans into the assumption that their audience has a sense of humor is dependent on the tactic they decide to go with. Keep in mind that the best pranks are inoffensive and should focus on being entertaining but, ultimately, benign.

A successful April Fools’ Day strategy does not result in angering the public—brands should remember that when crafting their jokes.

Some of the best ideas include advertising a fake product, fun publicity stunts, creating off-the-wall stories, or simply being funny. These can be used to boost consumer engagement and increase relatability.

Just be cautious because certain prank ideas have been known to backfire on brands. They can also become tired and overused.

With that being said, these advertisements can be a lot of fun if done the right way. Here’s a roundup of some of the best April Fools’ Day pranks in 2019.

Google is notorious for its April Fools’ Day pranks, so I’d be remiss if I didn’t mention them at least once or twice. Two of this year’s best pranks are through Google Home and Google Maps.

“Hey Google, talk to my tulip” is the newest addition to April Fools’ Day.

This past week, Google announced that their latest AI-designed project could now communicate with plants, tulips in particular. In a blog post, Google said, “Thanks to great advancements in artificial intelligence, Google Home is now able to understand tulips, allowing translation between Tulipish and dozens of human languages.”

The strategy is a good one. By showcasing a country famous for their tulips, advertising Google Home and Google’s AI features, and creating a fun idea, Google continues to hold on to their title of April Fools’ champion. 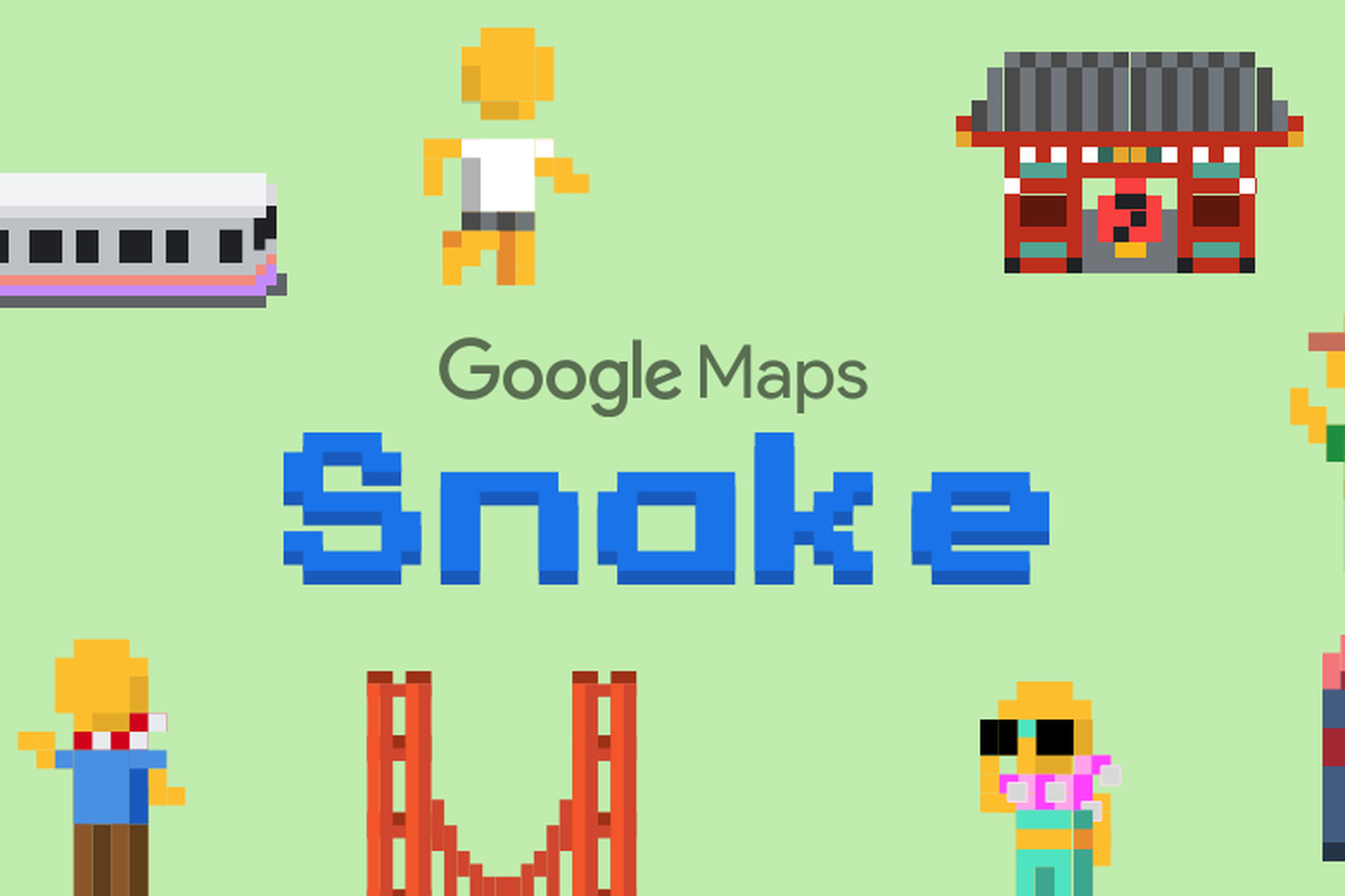 With a nod to the original Snake game, Google Maps’ “Play Snake” option uses well-known cities for backdrops as players navigate recognizable mass transit systems around the city streets. Players can move around landmarks and “eat” passengers as the snake gets longer and more unwieldy in this limited-time add-on to the app.

It’s an amusing, zany throwback for anyone who used to play Snake.

McDonald’s has spent this April 1 rolling out an advertisement for their new “shake sauce” line. While the project might seem like an April Fools’ Day joke, Mcdonald’s argues that these sauces are available in all locations—in 12-ounce servings, aka as a shake.

As someone who unabashedly dips fries into shakes, I’m all for this. 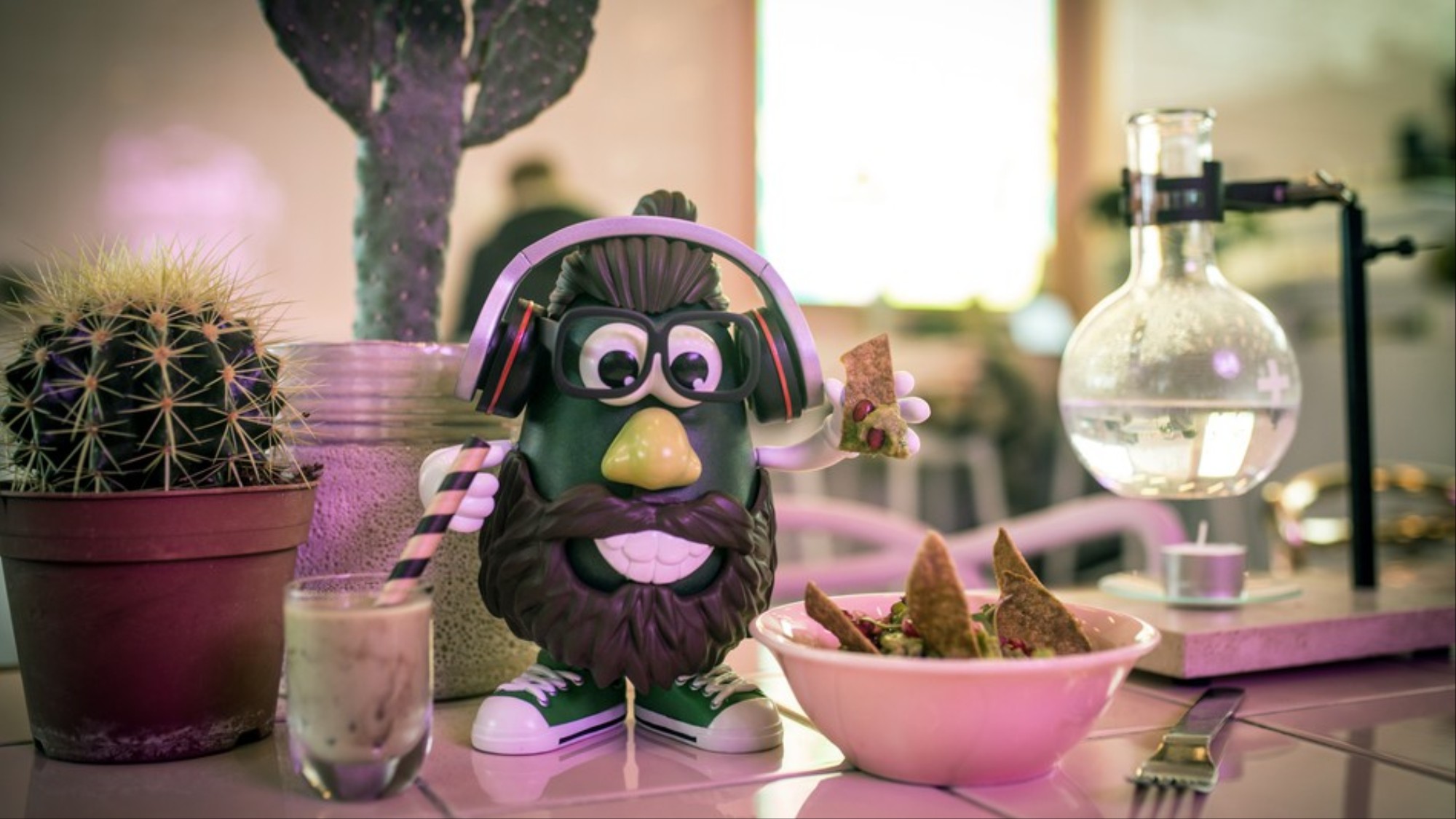 In an April Fools’ Day joke that instantly ignited an intense debate, Hasbro announced they were replacing the lovable Mr. Potato Head with his millennial counterpart, Mr. Avo Head.

The green fruit comes with a man-bun, a beard, and a pair of hipster-esque glasses. You’ll also find him wearing a #trendy outfit complete with headphones for accessories.

I personally think it was a cute way to poke a little fun at the millennial stereotype, with no harm done. 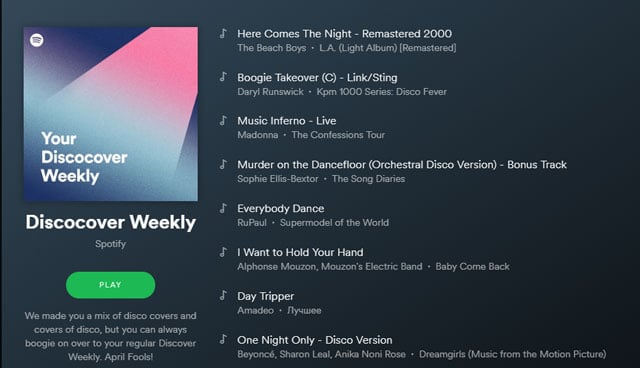 Photo courtesy of Techlicious via Spotify

Spotify’s typical Discover Weekly playlist uses the songs you’ve listened to in the past to compile a new list of songs based on predictions of what the app believes you will like.

This week’s edition was all about the disco covers, featuring songs like “Funky Town” by Spud Cannon and “Stayin’ Alive” by Lizzo. The playlist didn’t lose sight of its best feature and still included songs personalized for the individual.

For a comprehensive list of all the April Fools’ Day pranks that happened this year, check out this Washington Post article.

In lieu of an April Fools’ Day prank and to join in on the fun, I’ll leave you with this marketing joke from HubSpot:

What does the new Chips Ahoy marketing director do her first day on the job?